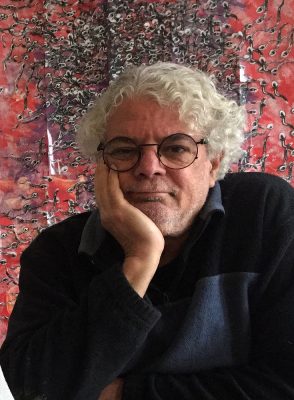 He started drawing at very early age. Although he took drawing lessons at the art painter Nola Hatterman and at NIKK art academy, he considers himself an autodidact.

At he age of sixteen he started a sign-painting company together with a partner. Commissioned by Fernandes and Coca Cola, they painted large advertising images on stadium walls and trade fairs, and logos and signs on DC-6 airplanes.

As a sign-painter he developed his painting skills and was quiet an advantage for his drawing lessons at the academy. In the art history lessons however he experienced a whole new world.

He was especially intrigued by the cubist works of Picasso and Braque, as like him, they were greatly inspired by African art. Beeker started working passionately on a series of oil paintings in his own version of cubism.

Within a year he accomplished his first exhibition in a business society club by the name of Het Park. Since then he had shows in Suriname, Aruba, Curacao, Brazil and the Netherlands. His most recent works where exhibited in the Amsterdam Museum and Gallery 23 in Amsterdam.

As spiritual atheist, non-conformist and liberal, Beeker likes to position himself as seeker, observer and amplifier in this time of abundance of image information. 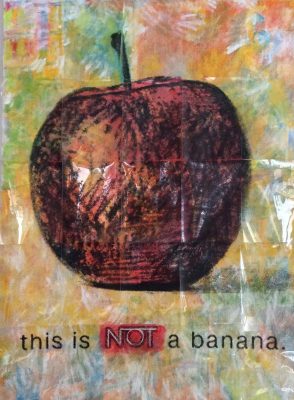 Firm lines and decayed lascivious spots on plastic sheets. Hanging over vivid colors on burlap. Exciting and at the same time pleasantly confronting. The dynamic interaction between the classical and the contemporary.

As burlap symbolizes the ancient and the traditional, plastic can be considered to represent the present. It embodies the perfect combination. The reflection of our sustainable but also blatant excessive-informative and commercially materialistic era.

On the plastic sheets, the lines and spots manifest themselves as definite as the unrestrained behavior of people on social media and internet. The rising neo-populism, in all its immediacy and impermanence, seems to entice substantial parts of the world population, almost like in an opera.

But moreover it’s all about life and transience. Represented by loosely hung transparent sheets, Functioning like the pages of a book. They each are part of a bigger story. Once placed in the right sequence, the image appears.

Beeker works with everything that makes him think, or encourages him to muse philosophically.

In this way he consumes and processes images and stories that he is looking for or that present themselves, and converts them into visuals.

In his work, the style always serves the subject. In fact the subject determines and dictates the style.

He calls his passion drift. In his experience a drift is a complex and disproportionate interaction between controlled and intuitive energies.

He describes his work as visual splurges of unstylish urges.

The physicality of the plastic sheets used as ‘canvas’, their appearance and the meandering reflection of the light causes an effect that is hard  to describe well, but is complementary, and a natural part of his work.